He stepped out of the plane, heading for Gate 27.
Half an hour till the connecting flight would take off.
Taking a seat and switching on his mobile was one movement. He took a glance through the hall while the display was loading. It was just as empty as any airport.
A message popped on.
“Text me when arriving at Paris.”
“I’m waiting for the flight to Lyon.” He answered.
Her reaction arrived immediately. “I’ll meet you at the airport. Ready for an exuberant welcome?”
He knew it was pointless to tell her she wouldn’t need to fetch him up at 3 o’clock in the night. So he skipped that to directly go for the welcome.“?” “Yes or no.” It might be inappropriate to say no. “Yes.”
That was it.
He pulled out the phone, wondering whether she was being better already. He’d actually never understood why her stepfather had been that important to her. Receiving the call about his death had put an expression to her face that did even hurt him when thinking of it.
Kind of strange.

It was quite empty at the arrival. He did see her even before reaching the luggage carousel.
She was jumping up and down like a bouncy ball.
Then, once in a sudden, she bounded over the barrier, running to him. With a standing jump she landed on him, closing her legs around his hips.
His exhale of surprise ended up inside of her mouth when she was demandingly kissing him.
“That was an exuberant welcome.” “I told you.” She released him, putting her feet back to the ground. “Where’s your baggage?” He went to fetch it up, her eyes following him.
“Let’s go.” She grabbed for his hand.
They entered a cab and she informed the driver about the address. He frowned. His first time to meet her parents would be on the burial of her stepfather. Strange. He took a glance at her. She didn’t seem to have been crying very much. He remembered her telling him that she did never cry for being sad. With a sigh of pleasure she leaned against him, closing her eyes as he caressed her.
It was dark and there was no way to make out what kind of quarter of Lyon her parents lived in. She led him into the house, stairs up to her attic room without switching any lights on.
In silence she put his case away. He took a breath as if to say something. She swept her finger over his mouth and started to undress him.
She went on until they both were naked, started to stroke him and kiss him.
“Helen.” “You are my personal ray of light. Don’t you know that?”
He kissed her and she pressed her body against his.
There was nothing left to say.

She was still sleeping when he woke up next morning.
He headed for the window. It seemed to be an affluent suburb of the city.
What the hell should he put on now?
He felt uneasy about dressing completely before having a shower.
He felt uneasy about meeting his girlfriend’s mum in a dressing gown.
But how should he be able to tell her that he was about to have a shower if he had dressed completely already? He turned to look at the girl. She was sleeping so peacefully.
You wouldn’t have noticed that she was grief-stricken so much if not her physiognomy would have changed that completely while she was sleeping.
Hell, he would certainly not wake her up as long as she wasn’t about to miss the funeral ceremony.
He opened his suitcase grabbing for a shirt and some sweatpants.
“Bonjour!” he shouted, dashing down the stairs.
He passed the middle level of the house without seeing anyone.
The terrace door was open at ground-floor. “Bonjour!” he called again, the words feeling uncomfortable and alien in his mouth. Just as rotating a moss-grown stone with his tongue.
The woman coming up the path was small.
“Oh, vous déjà réveillé.” She was trying a smile but failed.
That might be about him being already up. “Oui.” More of moss-grown stones were obstructing his mouth. He looked at her. As opposed to her daughter she seemed to have been crying quite much during the last few days. “I’m sorry for your loss.” It was just a try. She blinked at him. Then she seemed to remember something.
Maybe Helen had told her what you’d usually say for expression of sympathy in such a case.
She did turn away from him, hiding a burst out of tears.
He wiped his mouth.
She turned back.
“Élaíne dort encore?”
Sounded like the start of a great day.
He hesitantly nodded. “May I take a shower?”
The puzzled look on the women’s face did accentuate the signs of sadness and despair.
He lifted up his hand signing a circle over his head. “Water. Wash.” “Ah. Le salle de bain est au-dessus au premier etage.” Her smile did work better this time. „La porte du milieu.“
She hurried up the stairs, swung open one of the doors.
“Je vous en prie!”
He blinked at her, being puzzled about how to make clear that he had to fetch up his washbag first. She didn’t move.
He entered the bathroom with a sigh, glancing round it quickly. Then he stepped out again, heading for the stairs. She was still standing there when he came back.
He wanted to lock the door, but there was no key. “Just as nasty as it can be.” He muttered. Well, just don’t pull out the water until you are fully dressed.

At the very moment he stepped out of the shower, he realized he had forgot his towel.
Another sigh.
He tried one of the cabinets. Washing powder, fabric conditioner and stain remover.
Next door. Sanitary pads.
It didn’t seem to get better. Then he discovered hand towels in the next shelf. Something at least. He took out three of them. They were rather small.

Helen was still sleeping when he came up to put his stuff away.
You couldn’t think her life had had any grief seeing her like this.
He descended back to ground level. Her mom was standing in the living room.
“Voulez-Vous prendre un petit dejeuner?” „Qui?“ „Servez-vous s’il vous plaît. Je vais continuer à travailler dans le jardin. J'espère que cela ne vous dérangera pas.” She made a gesture of inviting him to the kitchen. “Qui.” He actually didn’t know anything better to say. It was quite surprising when she didn’t follow him but turned round to get back out into the garden. He paused. She turned again, trying to figure out what was puzzling him. “La corbeille à pain est la-bas.” She signed towards a place on the left side of the worktop. “Prenez tout ce que vous désider dans le frigo.” She passed the terrace door.
Hadn’t she asked him about having breakfast? Another sigh. This would be quite a good moment for Helen to appear.
There was a breadbasket in the corner her mum had shown to him.
He moved forwards, then stopped for another time to wipe his mouth.
Hesitantly he opened the fridge. This was kind of odd.
He closed it again, tried one of the drawers. He had found the cutlery. So far, so good.
He didn’t really feel like self-serving in an unknown household. Maybe a piece of bread with some butter would do for the moment.
Helen and her mom entered the living room at once. She just ignored her mother, quickly heading for him. Her mom didn’t take any notice of her as well, addressing him instead. “Vous n’avez pas du faim?” He could not answer since Helen was kissing him excessively. He cupped her face into his hands. “Your mother is standing over there.” She looked at him teasingly. “I wouldn’t mind having you right in front of her. Maybe on the kitchen table?” He couldn’t help laughing. “I’d actually prefer some bread for breakfast.” “Well, then. Did she tell you to serve yourself?” “Would be a great start to know that.” “Oh, I bet she did. Usually she would.” “Usually?” “Last time I came up with a friend was six years ago. She didn’t care at all.” She started to line up foodstuffs on the table. “Didn’t you have any contact since then?” “I didn’t have at that time as well. It was my father all over. Anything else needed?” He took a glance round the table. Bread, butter, jam, cheese. Some kind of yoghurt. “No cold cuts?” “She never buys any kind of meat.” “Ok.” “Coffee or tea?” She started to search the shelf. “Well, there’s no tea anyway. Don’t mind eating while I’m taking a shower.”
Off she went.
He peeked through the service hatch but her mum had gone back to the garden yet.
Seemed to get even funnier he’d though earlier at the day.
Somehow he started to wonder if anyone would notice that he didn’t speak any French at all. 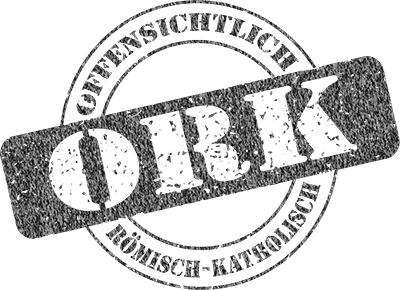 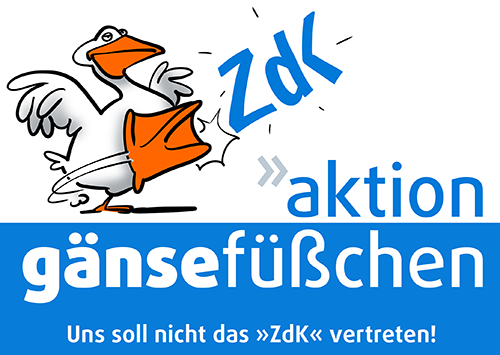